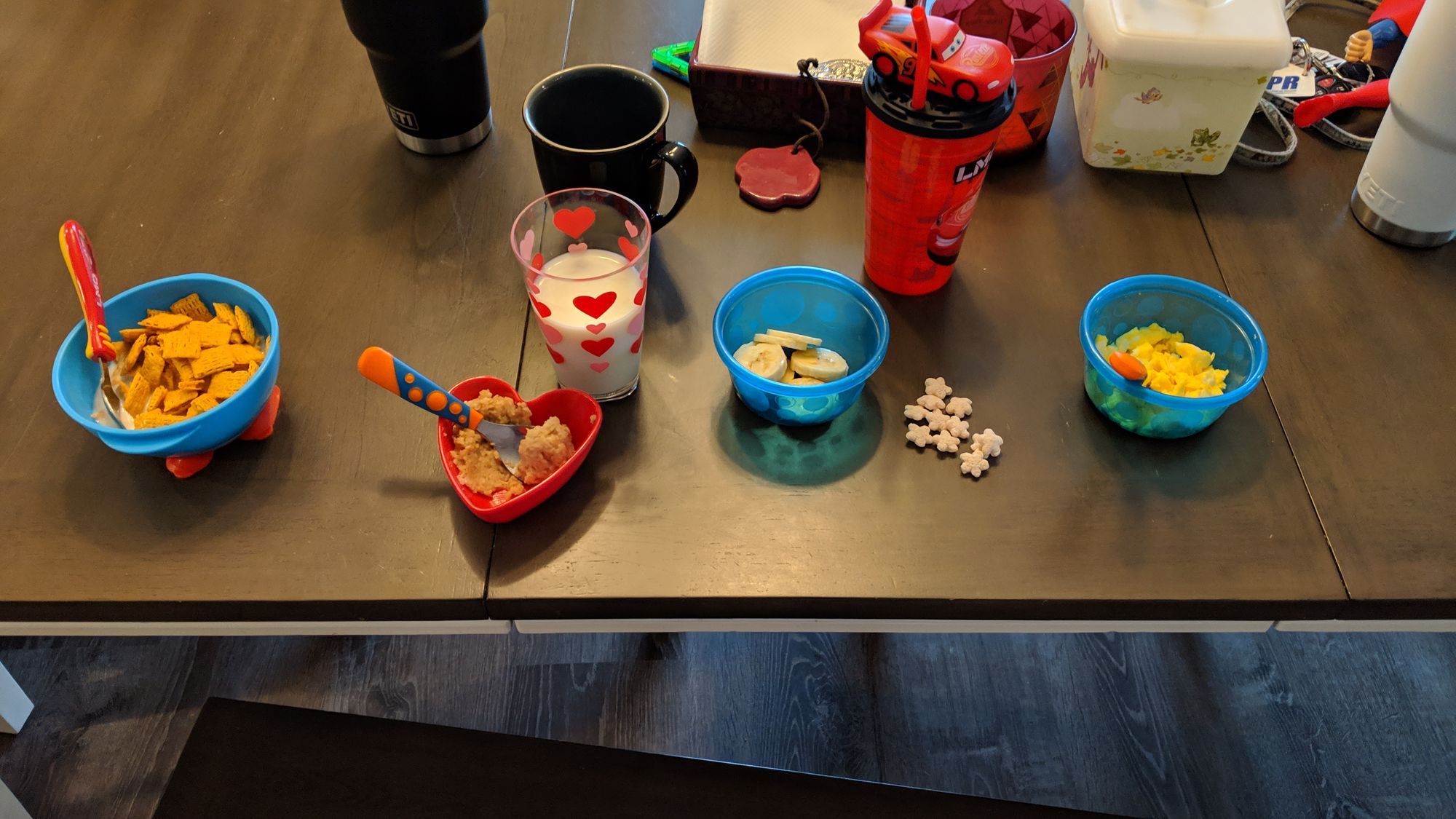 First off, this post is in no way to shame my child, label him as a picky eater or make him feel bad one day to read back and see what I've shared. It's just a reality of my motherhood.

I thought I was going to be this Mom...

And I tried to be. That's homemade baby food both in a glass reusable baby jar and in ice cube tray to freeze.

Baby food was never a go. He just never did it. And meal time was becoming daunting. Trial and error, tons of mess and still a hungry baby. It was exhausting and wasteful!

Nothing stuck. There was no "favorite" food or sure thing that he would eat. We had things that we would feel 75% sure would work, but still we were never positive or all of a sudden a food that was a hit last week was gag worthy the next.

Everything I'd read would suggest to only offer him the food and when he is hungry enough he will eat it. Well I don't agree with that method. I think its okay for him to dislike textures or have preferences on flavor. I compare the method of only offering one food until he takes it to the "cry it out" method. And I do not practice either of those.

So, we relied on milk a lot. It was like he was too busy to stop and eat but he would badly need energy and fuel and hydration.

So over time, slowly and surely he got more and more interested in food and eating. He will almost try anything but I still to this day cannot say what his favorite food is. And if I were to have to make him a plate that he would definitely eat, I would struggle to find what to fill it with certainty.

So instead...scroll through my reality. Day after day, meal after wasted meal.

And that is just a snippet of our life of meals! Never will I ever judge a mom for what they feed their kid.

I will only give them veggies and fruit because they only eat what they are given. And I will make everything from scratch or buy organic only.

Everything about the above sentence is not true for me. I do try to keep it healthy and I try to buy organic when possible but it is far from our exclusive diet I had pictured.

I'm not saying to give them sweets and junk, but now I understand why dino shaped nuggets exist. And why go-gurt makes eating fun. And why despite not having white bread in the house since I was like 6 years old, I've bought white bread. Because I am willing to try anything to fuel his body.

But also props to the Mamas out there who are killin' it making their own food and fueling your babies with the most nutrient and healthy food. I am so envious and proud of you!

So I'll leave you with a picture of his most favorite food that he will never turn down...

My house will be spotless. I thought... "I'm home all the time so I'll have tons of time to clean and have a perfect looking house"…