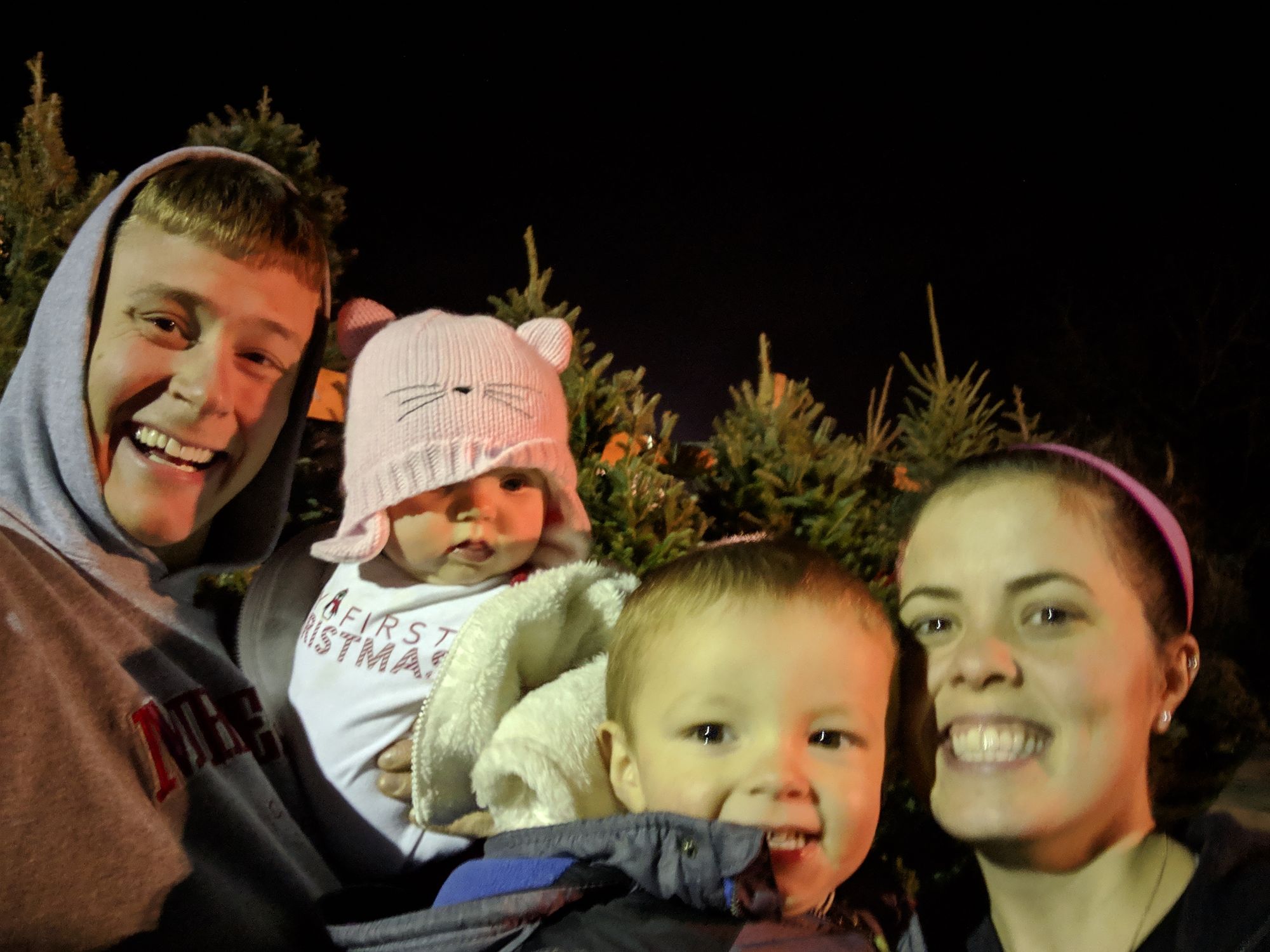 My husband and I look forward to bedtime- what parent doesn't? We also look forward to family time, and morning routines. But bedtime is our only time to catch up on the day uninterrupted and connect on an adult level.

We have been struggling with bedtimes and night time though. I put Liv down (7 months old currently) and Dan puts Will to bed. Well, by time I'm done with Liv, Dan is putting Will down, and he will often fall asleep (Aside from regular exhaustion... we've made Will's room so freakin comfy to sleep that it is almost impossible not to fall asleep when putting him down.There's white noise, dark black out curtains, fan going, and his bed is so cozy).

And by time I know for sure it is safe to go wake Dan, and he wakes up and comes out... Liv wakes up. For like over a month now. And instead of spending hours in the nursery rocking her alone attempting a transition into the crib and getting frustrated each time it fails, I bring her down to our family room and nurse her back to sleep while I get to at least talk to my husband, cuddle with the dogs and sometimes watch a show or movie.

I'm sure I am creating a whole lot of other bad habits I will have to "fix" one day. But after trying for so long with Will to fix his bedtime habits, it still was 20 months before he slept through the night consistently and before that, it was exhausting.

So this time I'm leaning into the troubles and making the most of them and for me, that means I bring Liv down, nursing her and holding her asleep in my lap for now. I get to see Dan and talk and catch up and share in the glass of wine and our favorite show. It's not the same, but it's better than the alternative.

So to any new moms out there... there are few parents I met that had it easy with sleep. So instead of pulling out your hair and getting so flustered, just do what is easiest at the time. Do what is going to allow you to feel at rest- and maybe that means sitting up in the nursery rocking your little one until they transition to the crib- and going back in 10 minutes later to redo it because you feel that's best and works for you. Great! But maybe it means ignoring those sleep books and doctors advice and just doing what helps the baby sleep, you keep sane, and works for the family. No phase will last forever.

So to end on a laugh- and I can't believe I'm sharing it but #reallife... I am showing you the picture I took first- my expectation. And the picture that was taken second- the reality.

So, this is just ONE example of expectation vs reality in my world right now. And I try just to laugh at it because you have to. Kids are so unpredictable and I just do as little planning as necessary anymore.

My house will be spotless. I thought... "I'm home all the time so I'll have tons of time to clean and have a perfect looking house"…