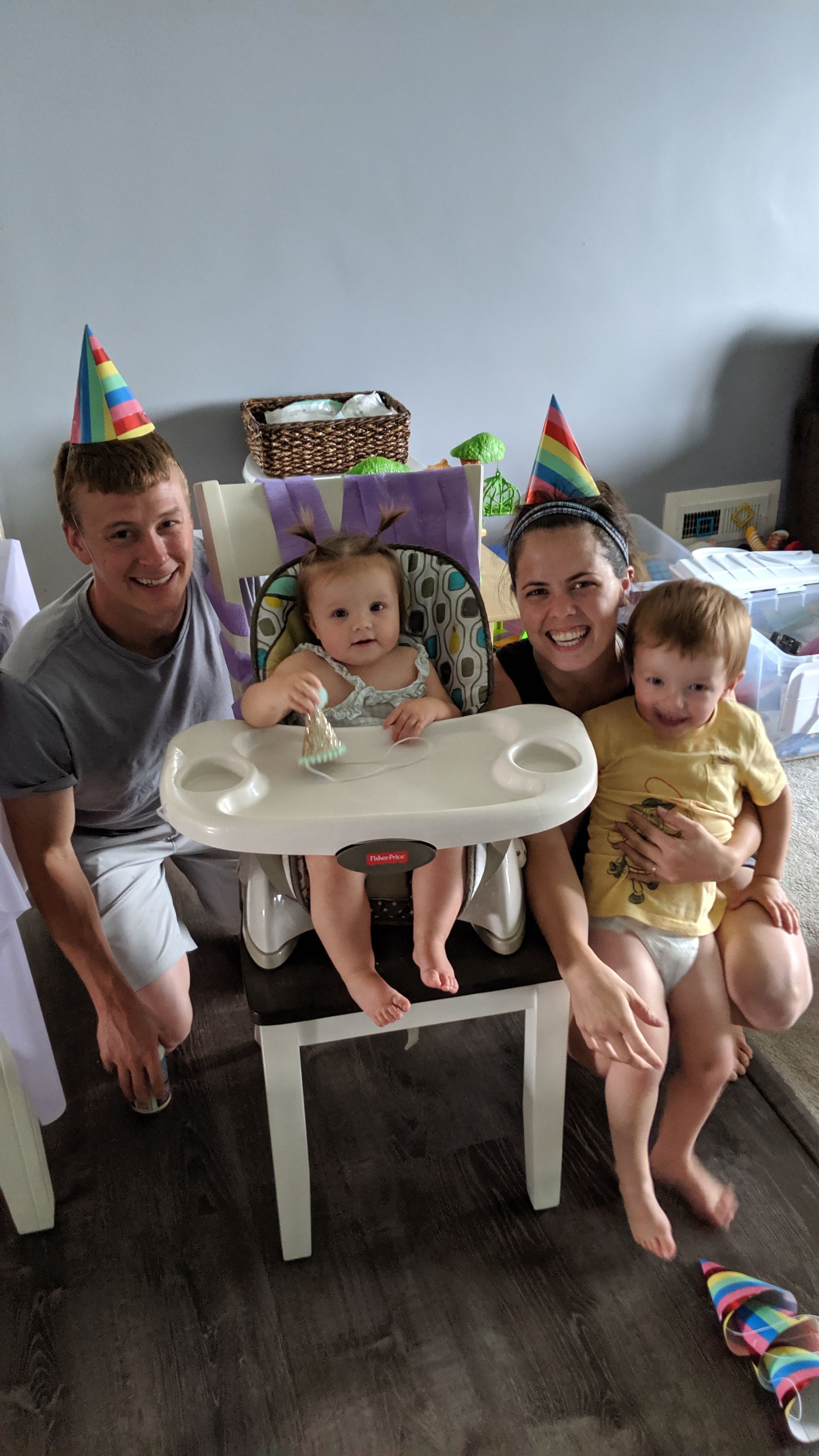 I know its the most overused cliche but Time really does fly.

It was a year ago, and we were living in Cincinnati, OH and my Mom was staying with us and we were waiting for Liv's arrival which came on June 5th at 11:10pm.

In a year span we have done so much as a family, and she has grown in the blink of an eye. Like literally think about everything a baby learns in the first year. They learn sooo much. And I say a new mom learns sooo much in their first year too.

Since she was number 2 for us, there was a sense of calm behind parenting because: 1. We've successfully kept another child alive so we know we got this.
2. A lot of the stuff that is foreign for first time mom's seems like old news.
3. We were so much busier and learning to juggle 2 little ones' needs you don't stop to question everything.

The amount of times I asked google stuff with Will as a baby vs. Liv was probably at least 10 times as much. And the amount of worry and second guessing decreased tremendously.

All for good though. It helped me fall into motherhood and feel comfortable in my skin. I'm not saying everyday is glitter and fairy tales and that I'm doing everything perfectly. But I just have the sense of mind to not be as hard on myself, know that tough stuff will pass and that love and happiness are the two most important things for a child grow.

I'm excited to see more and more of her personality come out. I already know she knows what she wants when she wants it, she does not show any signs of fear or caution, she does not like to be alone (both awake and asleep), she wants to move and do things- but also wants to be held A LOT, and she pretty easily smiles and finds a lot of things funny.

Cheers to my first year of being of mom of 2!

I saw a video on mother.ly from a perspective of a SAHM's day. And I thought it'd be so cool to document our current stage…